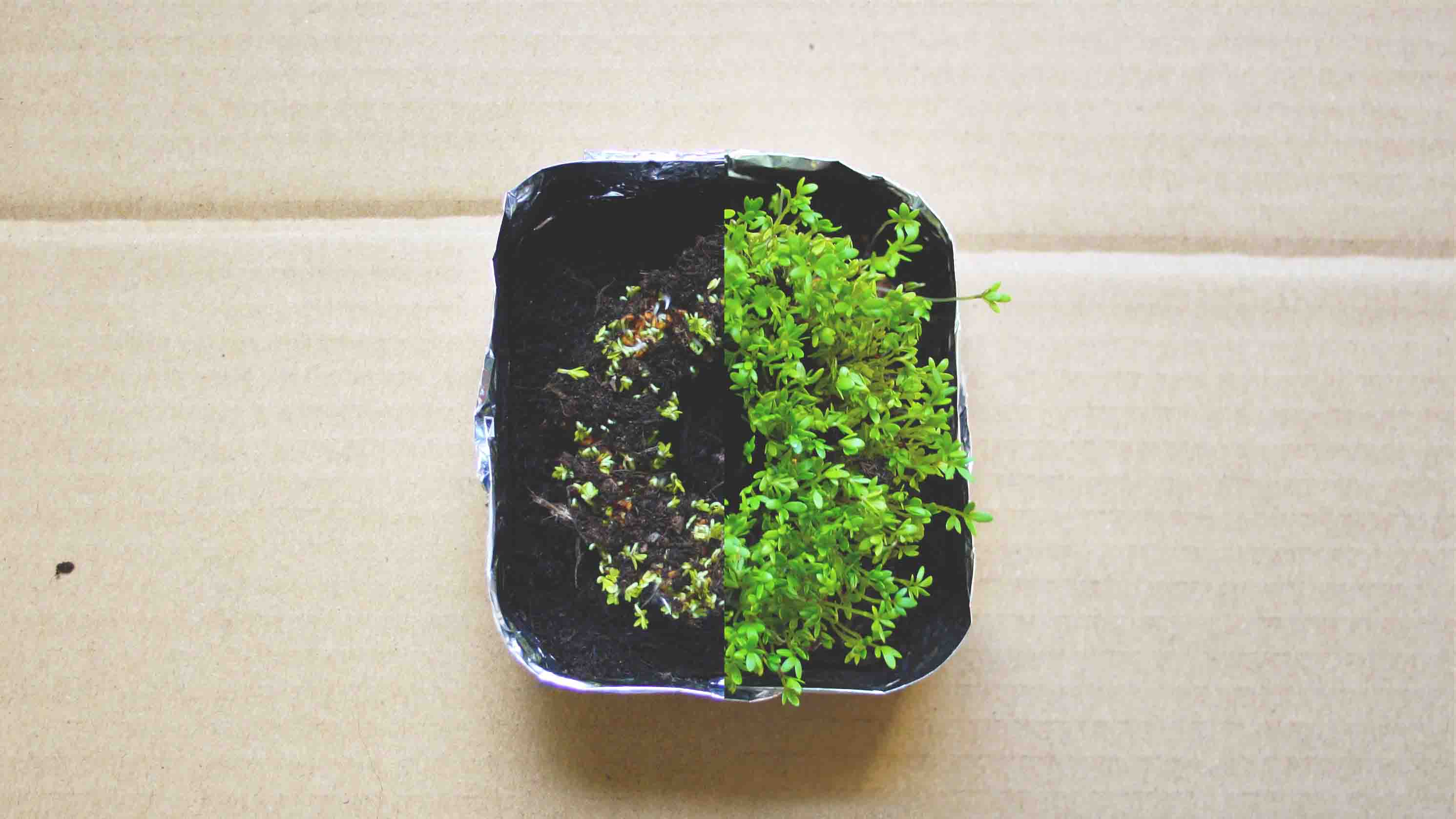 Designed as a piece to be representable of an ‘Animated Alphabet’, the life and death of water cress in the shape of a letter form draws contrast between the organic nature of life itself and the non-organic structure of written language. Constantly changing throughout the piece, both the stage and the containers constricting the letter forms change themselves, illustrating the ways in which us as organic beings modify and mutate language to our environment.

‘Animated Alphabet’ was made over the course of a month using over 1500 images to capture the life and death of the plants. The images were then compiled and looped to create the animation you see today.