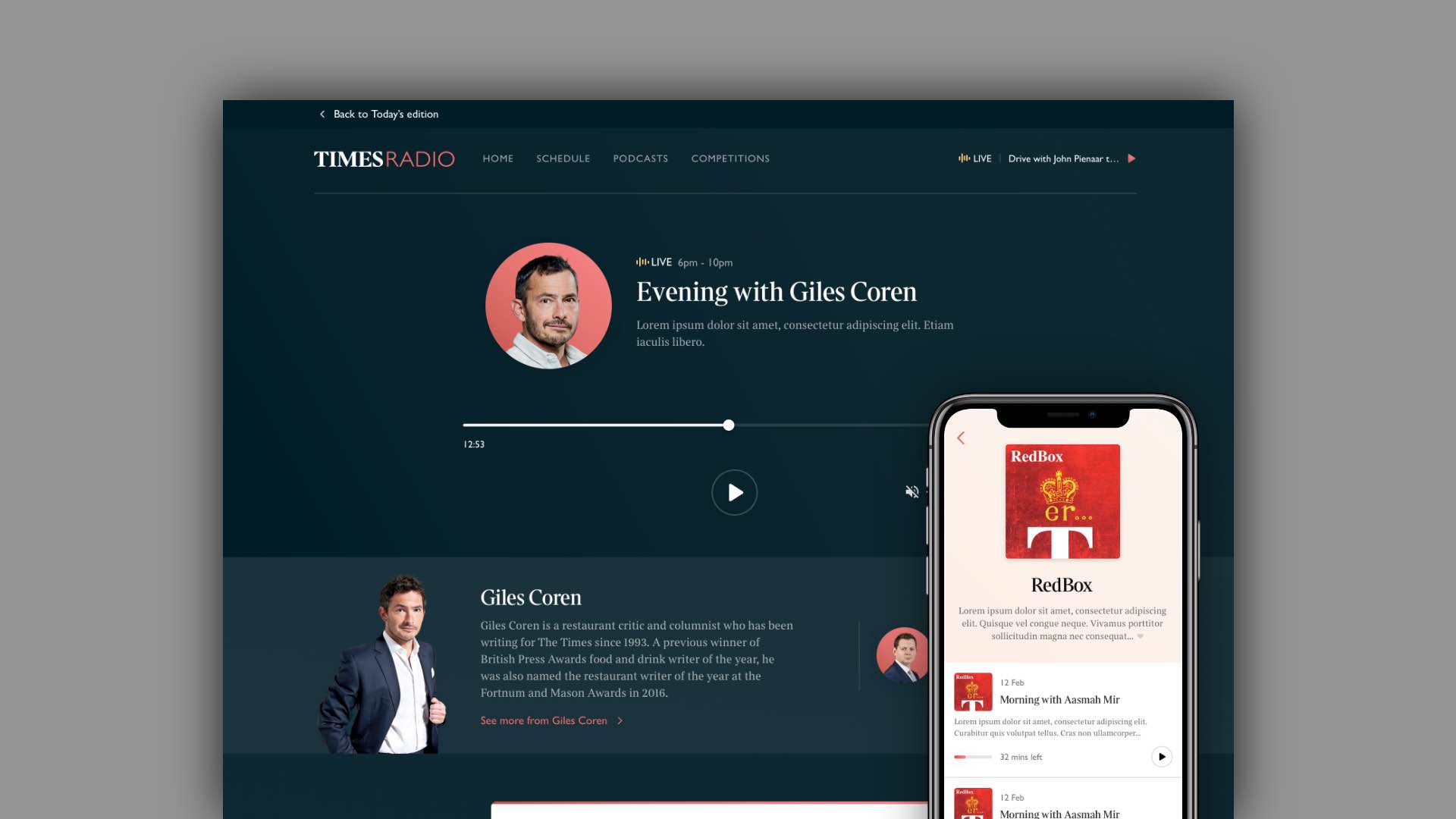 I had the pleasure of acting as UX designer for the conception and launch of The Times & Sundays Times’ latest product, Times Radio. Having the opportunity to design a completely fresh intellectual property from such as prestigious brand such as The Times meant a great deal to me.

I joined News UK, the parent company of The Times, in the very conceptual stages of Times Radio. Coming in as a junior I was quickly given the responsibility of building out both the website and native app. After taking it through multiple conceptual phases and user testing sessions, the product itself was road mapped for development.

Sitting alongside a dedicated UI designer in an agile team, I became the leading voice of UX in Times Radio: building out experience maps, fleshing out user journeys, collating and feeding back to stakeholders, formatting components for build and advising upon sizing when considering build scope. Further testing session were conducted at late stages to validate focused design assumptions that arose for both UX and UI. These sessions were vital in solidifying MVP usability but also kickstarting V1 discussions and require gathering with stakeholders.

I take great pride in the effort that I put into producing Times Radio with the rest of the team. I learnt so much during the 6 months on the brief; walking into such as busy and sizeable company such as News UK meant maintaining relationships with many stakeholder across various departments in the business. Times Radio itself is not necessarily a complicated design brief but the multitude of working parts that went into it allowed me to get a plethora of insight to various disciplines.

Thank you for following me through the design process of Times Radio. Please do get in touch if you have any questions about this piece of work, or would like to see anything on show here in greater detail.